Daveion is an athletic and projectable super utility type player who has upside on both the mound and as an infielder. Great body and has room to really fill out all throughout his frame. Offensively, Daveion is fairly crude at the plate. Closed start with no stride but does has some weight shift and does a nice job of naturally loading his hands. Has a tendency to work a little uphill thru zone but teases some quality bat speed with a chance to grow into some power as he continues to add on to his frame. Shows quality bat to ball skills, just needs to add muscle to really allow him to impact ball and continue to get at bats to develop pitch recognition. Crude at the plate but intriguing athleticism and some natural bat to ball skills to suggest plenty of upside remains. Defensively, Daveion has a chance to stay on the infield. Actions are a little inconsistent but shows softness in hands and some good body control along with athleticism to give a chance. Work needed with feet, tends to get himself into awkward throwing positions leading to some erratic throws. Arm works properly and throws show some carry when body and feet are positioned correctly. Nearly an average runner already (7.06 60) and should continue to improve as he matures with chance to be an above average runner. Also showcased on the mound where Daveion shows a loose arm, fluid delivery, and some feel to spin the baseball. Work needed with mechanics but natural athleticism shows up on the mound allowing him to throw strikes pretty consistently. FB (71-73) is never straight, varies between cutting and tailing movement. Still more velo to come with cleaned up delivery and physical development. Huge hands and can spin the ball as well. Breaking ball (62-65) shape varies between SL & CB but shows proper spin and shape. Also showcased at catcher and in the outfield. As a catcher, he's a little raw but he shows no fear, a good idea for the game and always seems to be in the right place. Needs to quiet down his movements and work on his hip flexibility and throwing to 2B. Didn't see much time in the OF but his arm, speed, and baseball acumen means he shouldn't have much trouble there either.
Daveion is an intriguing athlete with a lot of upside remaining. He's a swiss-army knife who will play anywhere and that adds a ton of value to his projection. Type of kid that just needs to continue to play and get properly developed but like the chance to have some value as a 2-way player. Like him as a JUCO type prospect at the moment with a chance to make an even higher jump. 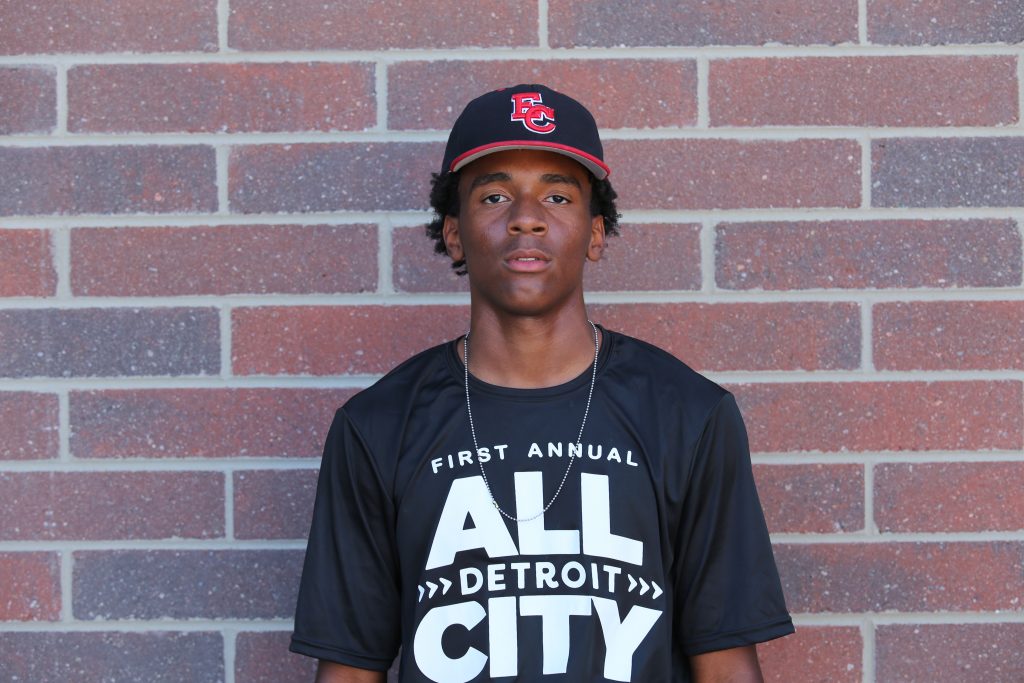