Exciting two-way player with future likely on the mound along with ability to also provide a LH bat. Athletic frame with room to continue to add strength and fill in the body. At the plate, Dennell shows a balanced swing with feel to put the barrel on the ball. Strength gains will be critical and works very quickly in & out of zone presently but he shows the ability to square up pitches in the zone with future pull side power as he physically develops. Attacks the hitting zone and has no problems standing in vs. LHP either. Ran a 7.52 60 which should continue to improve as he matures tho future speed likely fits best in corner OF where he should have enough arm for both corners. Dennell’s impact likely lies on the mound. Still a bit of a project but moves athletically with good body control which will allow him to repeat his delivery consistently. Clean arm stroke with minimal effort allows him to pound the zone. Shows advanced feel to effectively spin the ball for his age. Big ¾ CB (60-62) with tight spin and excellent depth. Nice feel for the pitch already and shows ability to manipulate the shape and land for strikes. Mid 70’s FB (74-77) presently with a lot more to come as he develops. Creates natural deception on the mound and consistently missed bats with both pitches during his outing. Works very fast, throws strikes, and unafraid to challenge hitters in the zone. Dennell plays the game with looseness and he has a ton of fun while also showcasing a resolute will to win. He respects his teammates, coaches, and the opponents but once he crosses the lines he's all about dominating. In Detroit he's so far advanced that as a middle-school kid he was dominating high school upperclassmen. Ultimately, Dennell’s projectable velo, natural strike throwing ability, and quality of CB should make him an appealing Division 1 recruiting target. 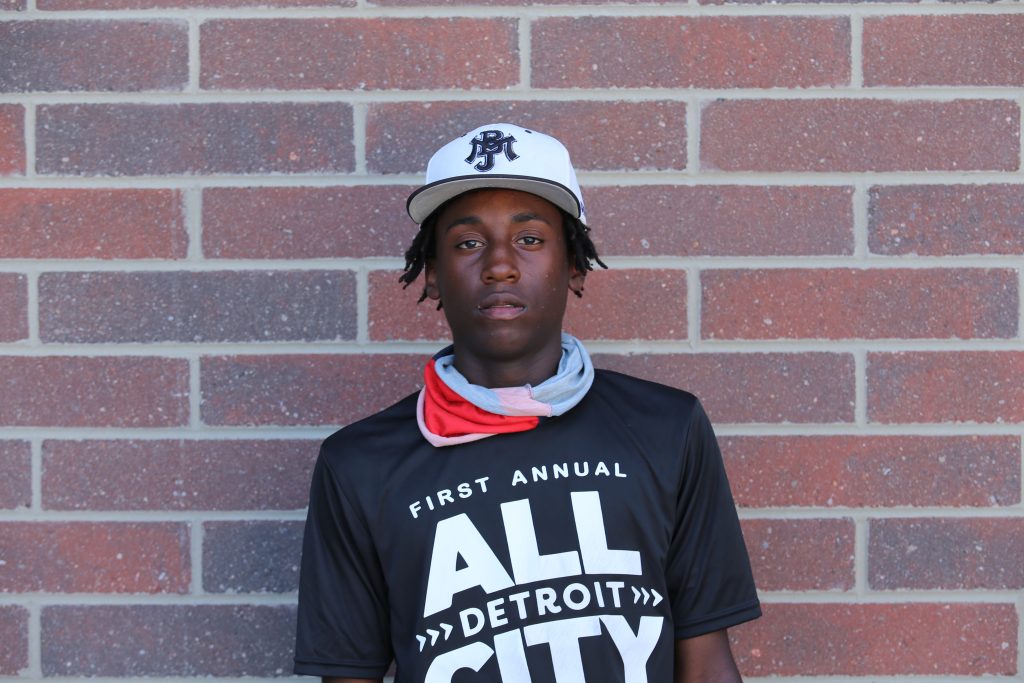 Instagram: @__.fam0usnell
Graduation Year: 2024
High School: Ecorse
Travel/Summer Team: Blue Jays
Experience: Has been playing baseball all his life. Currently 15 years old but plays 18u for Ecorse.
Extracurricular Activities: Been waiting on this for so long
Dream School: LSU