Bleu is a large framed C/1B with a big body and very young features. Will need to stay diligent with body to make sure he doesn’t add bad weight but has a chance to add a lot of quality strength with the right fitness program. Lacks foot-speed and never going to be much of a running threat although he profiles as a C or 1B so little concern about running speed. Offensively, Bleu has work to do but shows the foundation of a functional swing. Starts open with a small dive to the plate, hands work well & shows a quality path to the ball and thru the zone at times. Lot of moving parts, particularly with his feet and head create inconsistencies with contact quality. Has a chance to grow into some power with strength gains. Does have quality bat to ball skills, shows a knack for the barrel even when swing doesn’t look pretty and flashes the ability to drive the ball to the opposite field gap. Has a chance to hit. Defensively, showcased behind the plate and at 1B. Will likely just be too big behind the plate, doesn’t have ideal lower half agility needed for catching footwork (pop times 2.8/2.83). 1B the better option where he presents a nice target along with a solid catch radius. Bleu is an offense first type player, never going to be a real defensive weapon but should be serviceable at 1B with a chance to grow into enough offense to provide value to a lineup. High makeup player who helps younger kids out and gets along real well with teammates. He loves playing baseball and you can see it on the field. A bit too hard on himself at times which can hold him back. Ultimately, he is a kid that still has a lot of development left but his progressed should be monitored as he continues playing and the bat will determine where he ends up. 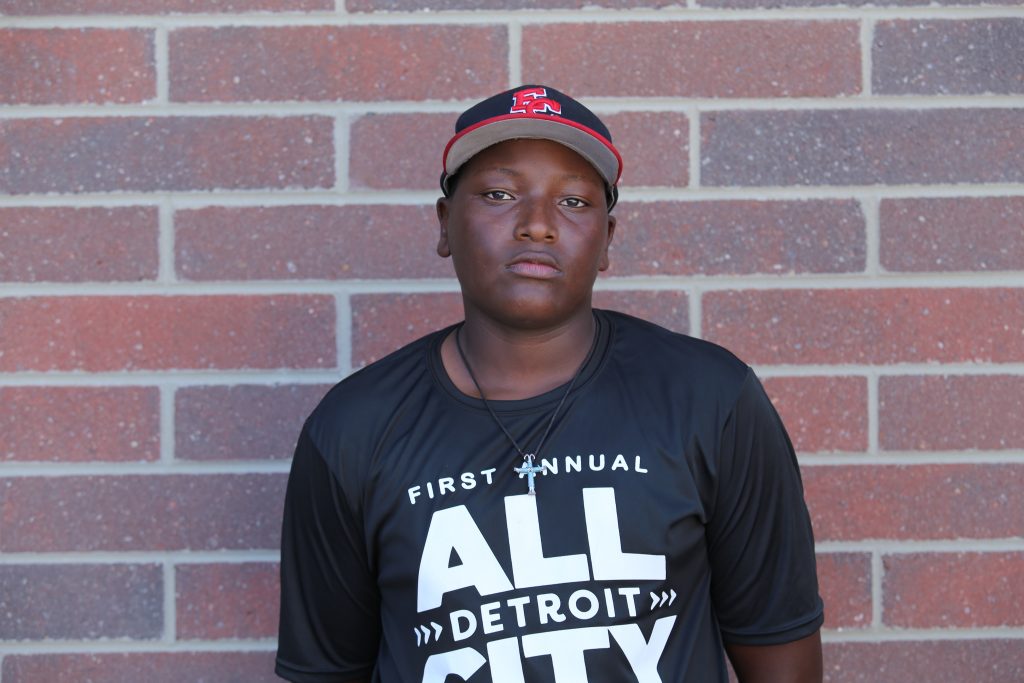