Mykel is a slightly undersized switch hitting C/INF. Square, medium frame with some room to continue adding strength with physical development and maturity. Offensively, Mykel is a switch hitter who profiles better as a RHH only. Much better swing from the right side. Works slightly open to square with a small hand load straight back. Direct and short to the ball sound bat to ball skills and average bat speed. Still learning to use lower half to stay in his swing and on the ball. Gap to gap type approach with some 2B’s power to come as he continues to add strength. Left handed swing is much stiffer and looked forced, doesn’t seem comfortable on that side of the plate. Defensively, Mykel showcased behind the plate and at SS. Behind the plate he shows some athletic movements and flexibility but likely not a durable enough frame to stick behind the plate and will need significant improvements in footwork and arm strength. Does show a good transfer out of the glove with a quick release despite lack of arm strength (pop times 2.5/2.61). At SS Mykel finds himself on his heels a bit with a tendency to let the ball play him. Still needs some development, mainly with footwork, but hands work ok and can get the ball in the air quickly. Lacks present arm strength, more to come with physical development and coaching but likely will be limited to 2B. Ran a 7.4 60, should continue to improve as he adds strength and see him settling in as about an average runner at maturity. Very much a young project type guy but flashes a usable RHH swing and a chance to handle himself at 2B with hard work and continued coaching. 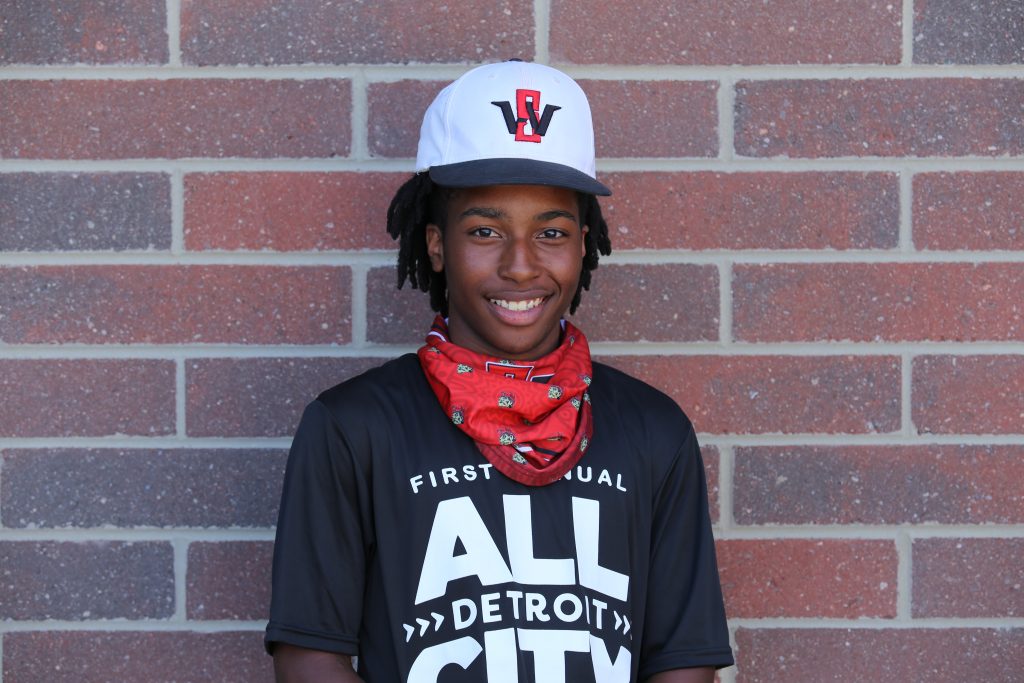